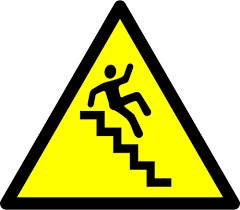 This is the final part of my Caro-Kann trilogy. In the first part I named six general reasons for playing this amazing opening. I also mentioned that I found a total of 16 winning ideas for Black in the main line. This statement is important for two reasons. First of all, it is the main lines we have to focus on when we start to learn a new opening. Don’t commit the mistake to read an opening book from cover to cover which starts with the sidelines and deals with the main lines at the end. Have in mind that the main lines are main lines for a reason. And this reason is quality. Hence, it is the main lines which constitute the most principled way to combat our system and where you can expect the most potential trouble. Now imagine, that you studied the entire book up to the main lines, only to find out at the very end that you don’t really like what you see there. Quite a waste of time, isn’t it?

The second reason is that one factor for high quality is the amount of distinct winning ideas a system has to offer. The more ideas, the richer the position, obviously. In post 48 I listed 25 ideas for Black in the “Deep Sicilian”. That is a huge number, but the e6, d6-formation is a monster of a structure (the most complex one in the whole chess universe, as far as I can see). It is difficult for any other opening to compete with that. Honestly, I was quite surprised to find that many winning ideas in the Caro-Kann main line, as this d4 versus e6, c6 pawn-structure is comparatively simple. However, there are two elements, which tremendously increase the complexity of the position: White’s far advanced h-pawn and the presence of opposite castled kings. But it is not only the quantity of Black’s ideas that matter, it is also the nature of his advantages:

1.Obscurity
In the last post I emphasized the obscure character of Black’s advantage. When I started to study the Caro-Kann main line, I was surprised to see my engine indicating =+ where I would have suspected = and -/+ where I was thinking of only a slight advantage. However, very soon I understood the logic behind these assessments. White’s position is simply handicapped by his multiple weaknesses and potentially overextended. Initially, this is concealed by the fact that the board is full of pieces. But of course, snapshots are no reliable basis for our judgements. We also have to anticipate likely developments, just as the stock market does. Everybody knows that most positions are bound to open up at some stage. Pieces will leave the board and then there is a lot of space left, which has to be defended by a decreasing number of White pieces.

The game of the last post was an entertaining attacking game. The following example is simpler, but I deem it more important, nevertheless. It highlights White’s multiple (potentially) weak pawns, which are the main reason for the obscure character of Black’s advantage. The pawns don’t appear weak in the beginning, but very much so, when the game unfolds. Needless to say that I am generally very fond of variations, where my advantage tends to be camouflaged and will only become apparent for the (ignorant) opponent, when it is already too late.

2. Static advantage
One of my favorite topics is the battle between static advantage and dynamic advantage which takes place in many complex openings. In our Caro-Kann main line, White has potential attacking chances as a consequence of the spatial situation. This gives him the better dynamic prospects in the beginning. Black on the other hand has a static advantage, as his position is very compact, while White has worry about his weaknesses.

As a rule, time is always on the side of the guy with the static (long-term) advantage. If White isn’t successful in converting his space advantage into something tangible, Black will open up the game and exploit White’s weaknesses. With every nondescript move White makes, Black will become stronger, as possessing a static or long-term advantage is equivalent with having a clear plan of how to improve your position. Hence, the metaphor of the slippery slope. The burden of proof appears to be on White’s shoulders. In many lines he has to do something quick, as his dynamic potential is of volatile nature and the trend is favoring Black.

Speaking in concrete terms, White’s best chances often consist in going for the sacrifice g2-g4 (there are other motives as well, but not too many), in order to avoid the above mentioned downward spiral. I have come across many cases, when this sacrifice turns out to be incorrect. In other cases, it leads to unclear play. Only rarely we see Black in real trouble. In the following game, White missed his chance for g4 and was severely punished as a consequence.