A couple of months ago, I started a training group for beginning players for a private chess school. When I was asked to provide a repertoire, I had to make a decision about what first move I would present for White. Finally, my choice fell on 1.d4. It was a close decision and another trainer would possibly have decided differently. I don’t think there is any right or wrong and both classical moves are perfectly okay.  I will now present you with the different aspects I took into account.

Beginning players should either start with 1.e4 or 1.d4, as both of these moves stand on the firm ground of classical chess lore. They are more straight-forward and easier to play than modern approaches, such as 1.c4 (English Opening) or 1.Nf3 (Reti-Opening). Classical chess strategy is the basis of modern chess strategy. It goes without saying, that laying a solid foundation is the first step when beginning a chess career.

My main reason for advocating 1.d4 is an economical one. There simply is much less to learn. As the arising positions are less concrete or tactical in nature, there is less opening theory to digest and also the consequences of having gaps in the opening repertoire are less severe. 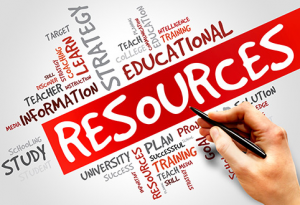 The time you gain by adopting this more robust, less high maintenance approach can be invested in other areas of chess, where it is desperately needed. Take into account, that the black side of the repertoire also has to be developed, which not only includes lines against 1.e4 and 1.d4, but also weapons against 1.c4 and 1.Nf3. Then, there are the chess endings and the vast area of middlegame strategy, including pawn structures, positional principles and tactical motives.

Left-handed boxers have an advantage, as most of their opponents are used to fight right-handed adversaries. The same principle can be applied to chess. Most beginning players start with 1.e4 and are also confronted by more 1.e4-players than 1.d4 players, as you normally move within your peer group. Due to this general lack of experience with 1.d4-positions on that playing level, my students will be much more knowledgeable than their opponents, once 1.d4 is on the board. They will definitively have a competitive advantage.

In the Online Database of ChessBase with more than 10 million games, 1.d4 performed with 54,3% considerably better than 1.e4 with only 53%. For me, this doesn’t necessarily prove that 1.d4 is the better move, but it is a strong indication that it cannot be inferior.

As a 1.d4-player, you can later expand your repertoire by adopting 1.Nf3 and 1.c4. These positional openings are somewhat related to 1.d4 in terms style. Also, there are many potential transpositions. When you start with 1.c4, you might follow-up with d4 on move 2 or 3, transposing to 1.d4-lines. The same applies to 1.Nf3.  By using this method of transposition, you can circumvent lines you dislike or steer the game into position types, your opponent rather wouldn’t like to see. With 1.e4 all of this tricky “move-ordering” isn’t possible, as it is pretty much a stand-alone system. While these benefits belong to the realm of more advanced concepts and might be fully exploited only a couple of years down the road, they definitively add value to 1.d4.

The classical argument for 1.e4 is that it provides more occasions for active piece play, which rather suits the style of beginning players. This notion is fundamentally right, but has to be put into perspective. First of all, you can construct a very active 1.d4-repertoire. Just think of Shirov’s way of playing it. Contrasting that, Karpov used to handle a rather calm and positional 1.e4-repertoire. Beginners normally face 1…d5, instead of all the Indian systems, starting with 1…Nf6. After 1.d4 d5, the positions are generally not closed, but semi-closed, with chances for active piece play at a later stage.

When I was starting out with 1.e4, most of my opponents answered 1…e5. However, some of them played the sophisticated 1…c5, posing me serious problems. Without concrete opening knowledge, facing the Sicilian Defense can be pretty tough. The classical concepts which work after 1…e5 simply don’t fit the bill.

Many 1.e4-players change to other first moves later in their career, when they feel that the arising position are to wild or tactical for their diminishing calculation skills. Another motivation would be the decreasing power of their memory. All these concrete lines in the 1.e4-universe can become a problem with age. Now, becoming old might be an abstract notion for a kid, but it will inevitably happen. The thing is, that changing the repertoire from one major first move to the other is quite a big deal. It is so big, that many players are stuck at the one move they learned as beginners, even though it might cause them problems. It is a big amount of work that many are shying away from. There are several conclusions we can draw from that:

Of course, what exactly is a mistake is relative and depends on your specific situation, i.e your resources. If you are very ambitious and very devoted to chess, it wouldn’t be a problem to learn a second first move. Of course, knowing both, 1.e4 and 1.d4 would considerably widen your chess horizon. That’s definitely not a waste of time for the devoted chess aficionado. However, when starting out, your normally don’t know about your ambitions, as these will or won’t develop as you go along. So, starting out with the more flexible and robust 1.d4 leaves you on the safe side, no matter what.