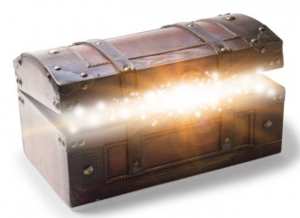 I know, there is no need for selling chess to you. You are already hooked up. However, thinking more deeply about the benefits of chess can make sense in a lot of situations. Maybe you have recently been promoted at work. Should you now reduce your chess or cut down on a different hobby? Or you are in a motivation crisis and could really need some fresh encouragement. Maybe you want to convert a friend into a chess player and can use good arguments. Finally, if you are a parent, you might wonder whether chess would steal precious time from your kid when it comes to school duties. No matter what, the following will give you food for thoughts.

As we all know, chess is fun and supports the endogenous production of adrenaline, dopamine and other exiting substances. It can be used as ego-booster or a tool for social interaction, attracts through its aesthetic charm and is definitively a tremendous intellectual challenge. It may even have commercial value. But this road is without danger for just a few. While these primary benefits are pretty evident, it is the secondary ones which deserve some attention. Obviously, the biggest value is created when it comes to children or adolescents. In order to see the full spectrum, let’s assume their perspective. In my opinion, chess helps improving the following abilities:

Chess is a completely logical game, which is governed by rules, principles, concepts and categories. You can apply thinking methods, such as deduction, induction, analysis, synthesis, comparison, exclusion or analogy. If you understand the laws of chess and apply a clean methodology, you will succeed. Chess teaches young people to solve problems by resorting to logic and scientific methods.

Chess requires the ability to acknowledge all elements of a position, in contrast to looking at certain aspects in isolation and neglect others. That is a good school for holistic thinking. In that respect, chess teaches you to be patient and pursue complex long-term plans, as often, premature and simplistic actions are impossible or lead to no good.

Chess provides you with two different opportunities to train you memory. On the one hand, there are many concrete lines to digest in the realm of opening theory. On the other hand, you will have to build up a huge vocabulary of visual patterns, in order to succeed.

The part of the brain responsible for spatial intelligence is the hippocampus. Scientists found out, that the hippocampus of London taxi drivers is much bigger than that of an average person, as they have to learn so many streets and their spatial relations by heart. As the fabric of chess consists of geometrical patterns, which have to be enriched by meaning, the visual comprehension of chess players is clearly above average.

In society we constantly face the dynamics of interacting entities. In a negative sense, we have to anticipate conflicting interests and bad actors, who interfere with our intentions. This requires a general preparedness and the anticipation of worst-case scenarios and plans to handle such situation. In chess, this kind of prophylactic thinking is trained, as our opponent is a bad actor by definition. He can only thrive, if we suffer. Chess sharpens our sense of danger and teaches the young player, that in live there isn’t such thing as a free lunch.

A more positive appearing aspect of the above is the development of empathy. The young chess player acquires the skill to see the world through the eye of another person.

Our world is polluted by technical devices and social media, which is designed by cunning psychologists with the aim to create addiction. As a result, we observe a reduced attention span and the need for instant gratification, especially with juveniles. Chess can help young people to decelerate and maintain their internal balance, which will improve their ability to better focus on specific tasks.

8. Endurance, motivation and the focus on long-term goals.

We know that chess is a marathon and not a sprint. Long-term success requires continuous hard work. In that sense, chess serves as a role model for other demanding endeavors in live.

Chess helps to stay level-headed and objective. If you constantly lie to yourself, you won’t get far. Only if you are relentlessly searching for mistakes in your games, in your attitude or your chess understanding, fulfilling your potential becomes realistic. This mindset will be useful not only for self-development, but also for professional success.

Some people are too hesitant. Playing chess forces you to constantly evaluate situations and come to a conclusion. Thus, your ability to be decisive will be strongly improved.

Chess is a very logical undertaking, but it shouldn’t be confused with mathematics, as human beings are no computers. Hence, ideas are more often the product of creativity and the power of imagination than the result of brute calculation. I am not an expert, but I deem it possible that creativity is connected to abstract thinking, which would imply a cooperation of the right and the left hemisphere of the brain. If you are able to leave the ground of concrete connections and take off into the sphere of abstract relations, your options will grow exponentially. Chess is all about combining basic patterns in new ways or using very remote analogies. Hence, it is a perfect training ground for abstract and creative thinking.

Householding with your time is a technical skill, which is essential in order to avoid time pressure, in chess as well as in life.

13. Mastering your nerves in test situations

Every game and every move can be seen as a test under time pressure. There is some likelihood, that chess players are less afraid of tests in school or later in live than average people.

Chess is a game of fight. As determination and courage are rewarded, this attitude may turn into a character trait.

Like any other sport, chess trains social interaction. This not only refers to the behavior within a club, training group or team. You also learn to respect your opponent and to behave like a gentleman in situations of conflict.

No matter how high you climb, you will always meet better players and take a beating on a regular basis. This makes you humble to some degree and also teaches you to deal with failure, which is one of the most important life-skills.

As a beginner you might be content with attending group training for one or two hours every weak. But as soon as your ambitions rise, you will have to start working alone. That way, a kid will get used to work with literature or electronic devices. At the same time it will learn to be independent from others and access its interior cosmos. People who are able to do this have an advantage over people who can hardly be alone with themselves. The outside world is full of noise and shallowness. There, you have to make compromises and waste your time. Very often, being in society requires to be diplomatic, which is another word for lying or being unauthentic. Of course, only a few people want to live like hermits. To my mind, the best approach is a balanced one, where you meet your social requirements, but in a healthy dose. By picking your spots, you make sure to reduce peer pressure and live an authentic life. This allows you to be a critical thinker and provides you with immunity against manipulations of any sorts, be it on an individual level or on the ground of mass psychology. It goes without saying that kids need much more social contact than grown-ups. But chess can help to open up the door for intellectual independence, once they turn into adults.

Every teaching of wisdom deals with consequences. In the Bible we learn that you reap what you sow. Indian lore talks of Karma and in the Kybalion we find the law of cause and effect as part of the hermetic philosophy. It is very important for children to understand that their actions have consequences and that nothing happens in a random fashion. The child will start learning to take responsibility for its actions and will appreciate the virtues of prudence and circumspection.

I can hardly think of another discipline, where a boy or girl can defeat a grown-up person. Chess is a tool for kids to earn respect in the adult world, thus strengthening their personality.

As chess is a game, learning and improving all these abilities takes place in a playful setting. This is especially important for kids, who tend to be discouraged in a dull and dry environment. Every chess player knows that he will lose the sense of time, when deeply immersed in a competitive game. This is a proof that chess enables you to enter the state of flow with a high degree of theta brain waves, which is highly rewarding and allows you to fulfill peak-performances.