In my last post, I listed 20 benefits of playing chess. Here, I want to add some more, but also will have a look at the potential downside. After all, this articles is not meant to be a mere glorification. Let’s first continue with the positive aspects of chess.

As a scientist you work with theories. Experiments often manage to back elements, but it may remain unclear for a longer period of time, whether the theory as a whole is right or wrong. You could possibly spend years working on a project, which finally turns out to be a dead end. Then again, you might be doing the right thing, but have to wait for quite a while, before receiving acknowledgement. 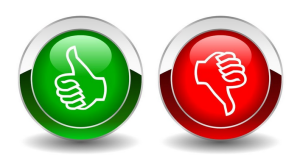 Games by definition combine theory and practice. Hence, we as chess players don’t have to wait that long. Practice will teach us, whether our ideas have the power to pose practical problems for our opponents or not. On an objective level, the engine quickly unveils the truth, if we only dig deep enough.

22. Balance of Theory and Practice

While the aspect above dealt with epistemological questions, I now want to shed light on the emotional side of things. One of the most compelling qualities of chess is its multidimensional nature. There surely is a huge amount of chess friends, who are intrigued by the intellectual challenge chess provides, but who also need the practical side of it in order to get their kicks. Just being a lab rat wouldn’t meet the demand.

In that respect, chess is the perfect combination of our interior cosmos and our need to interact with the outside world, be it through competition or social activities. Actually, one of my personal heroes is Johann Wolfgang von Goethe, who not only was one of the greatest minds the German culture brought forth, but who was also active as a politician and loved wine, women and song. Quite a nice balance of life and mind.

Of course, I strongly advocate that kids ought to join one or more sports clubs, in order to improve their physical strength. Joining a chess club, however, is likewise important. Here, they will experience a strong intellectual stimulus, coming from the many intelligent club members around.

If you calculate the value of chess over your entire live span, it happens to rank rather high. 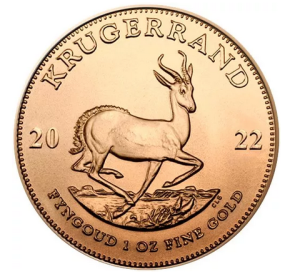 You cannot play football until the end of your days, but you surely can do that with chess. In an old age, chess even holds additional benefits. It helps to avert degenerative cerebral diseases like Alzheimer. Also, it prevents you from loneliness. In your club and at tournaments you will always find peers to communicate with.

Chess is affordable for everyone, as you don’t need to spend a lot of money to practice it. A chess set, some books, maybe some digital tools and you are good to go. Playing on the internet is free and always available. As membership fees in most chess clubs are comparatively small, chess is a great way for parents with low income to get their children engaged.

Chess is not only science but art as well. There is room for different playing styles. Very often, the way we play chess reveals our character. It shows, whether we have a high tolerance for risk or an appreciation for security, whether we love creative solutions or prefer to be pragmatic and cling to well-proven mainstream methods. It may also reveal whether we are straight-forward or sophisticated, which might be a good or bad thing. Do we prefer substantial long-term values or short-term opportunities? All this and more is revealed by the way we play chess.

Often, there is no right or wrong in chess. A given style might just be as good as another one. But one thing is important. In order to be successful, you have to align the way you play chess with your personality. Know thyself as a chess player, know the character of the chess openings and find a good match. Don’t try to copy the repertoire of an attacking player only because you find his games impressive. Always stick to your native resources.

Expressing one’s ideas of chess successfully on the board is very fulfilling, as it is always the case when you manage to manifest your character and abilities in the outside world.

Listening to a nice piece of music provides aesthetic pleasure, and so does playing through a beautiful game of chess. If you like this analogy, think of Kasparov as the Beethoven of chess and Karpov being Mozart. Both, Beethoven and Mozart masterly obeyed the laws of music, but they did it in different ways. Likewise, Kasparov and Karpov approached our game from completely different angles.

A beautiful move has to be a good move. But that’s only the minimum condition. Most good moves are just too obvious to be considered truly beautiful. Beauty in chess occurs, when there is a apparent conflict in place, which then gets resolved on a higher level. The resolution of tension creates pleasure in our brain. Hence, there has to be some kind of rule-breaking, which is backed by an obscure justification. This might be a daring sacrifice (defying the rule of material preservation) or can be the opposite, when a small move with the queen or a retreat with a knight to the first rank (contracting geometrical concepts) bring about an astonishingly positive effect.

As classical music is more profound than pop music, it takes some education to fully appreciate its beauty. You have to put in the hours and develop your senses, before true pleasure kicks in. In the same way, a beautiful chess game is more difficult to appreciate than a football match, as it is much more subtle. It might take some years, in order to fully understand a match between grandmasters. This might be discouraging for one person and enticing for the other. After all, being able to appreciate chess to its fullest makes you member of a very exclusive club. Your ability to experience pleasure in chess constantly improves in line with your development. In that sense, chess is an onion to be peeled.

A very aggressive person could end up harming people and getting himself in all kinds of trouble. For such a character a good solution would be to use chess as an outlet and unload aggression at the board. Or let’s take an adrenaline junky. Should he rather ride a Suzuki Hayabusa, gamble on the stock market or play chess to get his kicks? It surely depends, but chess is by far the safest solution, here.

The downside of chess

As there is no such thing than a free lunch, it doesn’t surprise that chess can also lead to certain problems.

If you play competitive chess, you will have to sacrifice a big amount of time to Caissa. That’s the deal my friend. If your time management is bad, this could lead to the neglect of more important things, such as school, professional education, the job or your social life. This brings us to the next point.

Chess has a lot of addictive potential, which is why people may spend too much time on it. In a certain way, it spoils you for life, as it provides you with a contrast, against which many activities, such as a boring job, appear to be rather dull.  Chances are, that without knowing chess one wouldn’t feel it this way. On the other hand, chess offers a potential escape from a boring life. So, that’s appears to be a draw.

The interesting question is, whether chess can really be considered as the cause of the addiction. According to my layman understanding, an addictive character is formed in the childhood as a consequence of neglect or abuse. Isn’t it that such a personality would seek addictions in any case, one way or the other? One thing we can agree on is, that a chess addiction surely is more harmless than one for physical drugs or gambling. In that sense, chess may help to fight fire with fire.

Practicing chess is equivalent to training an abundance of skills and even social skills, such as sportsmanship. However, we shouldn’t forget that it is a game of combat and confrontation in the first place. Weak characters might be tempted to develop a Darwinian world view on that ground. However, social life is based very much on cooperation.

Many chess players are introverted people. Did chess make them like this or do they flock to chess, because this is how they are? Rather the latter, I would think, as you find introverted people in many other areas, where abstract thinking is more important than social interaction. Also, there are plenty of normal and sociable people moving around in the world of chess.

At the end of the day, chess appears to reflect and probably slightly amplifies who you already are.

Many a young man dreams of a career as professional chess player. However, as it happens to be with other sports or arts, such a decision is very risky, as decent money can only be earned by the elite. Hence, wishful thinking and too much optimism can lead you into financial problems.

Chess can be very stressful. The income of a professional player depends on his results and with one single bad move an entire tournament can be destroyed. Hence, when considering a professional chess career, make sure that you are resilient to pressure.

Also for amateurs, there can be a lot at stake. Most chess players attach their chess results to their ego. That’s human to some degree. It’s always the extremes that we should avoid. Someone who extracts his entire value from his results in chess has a very hard time when losing. Obviously, it is good for one’s mental health to base self-esteem on more than just one pillar.

But even if you are well balanced, losing is no fun and can dim the mood for a couple of days. People tend to take chess results serious. That’s the way it is. The risk of losing exposes every player to a certain amount of stress. I know one person, who had to quit playing altogether due to intestinal bleeding. That is an extreme case, of course.

Personally, I always embraced that stress and found it vitalizing. Maybe that had to do with my low blood pressure.

From a quantitative perspective, chess has much more upside than downside. That said, on a qualitative scale, the downside can be stronger than the upside in individual cases. Everybody has to judge that for himself.