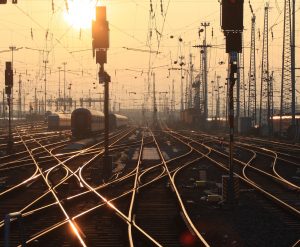 Positive Flexibility
We know that having flexibility is important in chess, simply because it gives us more options. So, whenever you have the choice between a move you have to do in any case, sooner or later, and a move that is nice but somehow expendable, execute the mandatory move first and keep your options open. Most likely you will follow-up with your intended nice move later, but who knows…. Maybe your opponent does something unexpected and now you can react in a flexible manner. Here, as in many other cases, chess mirrors life. We all know from bitter experience, that procrastinating tasks and chores can lead to problems down the road and diminishes our radius of action.

Also, from an informational perspective, you want to keep your opponent in guessing mode as long as possible. Imagine a situation where your king is still in the centre. If there is danger approaching, it might be best to castle as quickly as possible. The same applies for situation where you need to bring the rooks into play. However, if neither is the case, it might be an interesting idea to delay the decision. Your opponent is now wondering, whether your king will jump to the right, to the left or whether he doesn’t jump at all. It might be much more difficult for him to formulate a plan when your king is a moving target instead of being a sitting duck.

Conversely, when it comes to your opponent’s choices, you want to diminish his degree of freedom, as a physicist would say, as he thus becomes more calculable. The more options he has, the more time it will cost you to deal with them in your calculations and the greater your risk to overlook something crucial.

Negative Flexibility
While all of the above is pretty well understood, the concept of negative flexibility, as I call it, is much less in the focus of attention. It is mostly applied when setting traps, by widening the range of the opponent’s choices through the introduction of bad ones. These traps are often of subtle, mere positional nature. Basically, this strategical element tends to be the domain of strong players, as these are more capable of discerning and evaluating different options, as well as managing the additional amount of calculatory work. Hence, as an average club player, I wouldn’t want to push this concept too far and rather stick to the base strategy of diminishing my opponent’s flexibility.

That said, there is an area, where also players sub 2200 can capitalize on negative flexibility, as it is not related to the heat of the battle, but takes place in the calm atmosphere of their study room. In my opinion, the amount of negative flexibility your opponent is exposed to by the opening you choose is one of the defining elements of its quality. After all, chess is about results and statistical probabilities. Hence, you cannot only take the path of the main-mainline for your equations. While this might be interesting in an ivory tower or the sterile atmosphere of a laboratory, we as practical chess players have to be street wise. I expand on this topic in my seminar “Das Schachuniversum” (“The chess universe”), as it also deals with meta-game concepts. Here, I can provide you with an example you are already familiar with. 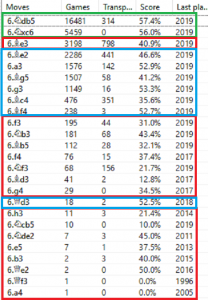 This diagram shows all of White’s options against the Sicilian Four Knight Variation. By dissecting them I have generated a flexibility profile, as I call it.

As you see, White has a huge variety of sub-par possibilities at his disposal (a lot of Negative Flexibility). 14 out of 16 (complete BS is disregarded) options immediately forfeit the entitlement to play for an opening advantage. Your engine displays instant equality! It is true, the two best options are played more frequently, but don’t forget that the statistical input mostly comes from master games. Below 2300, and even more so below 2100, the proportions look very different. Even more importantly, there are many sub-par options embedded in both of the critical lines 6.Ndb5 and 6.Nxc6. Let’s generate a brief flexibility analysis of the line 6.Nxc6 by focusing on its tabiya (the critical position, from where the material branches out), which arises after the moves 6.Nxc6 bxc6 7.e5 Nd5 8.Ne4 Qc7 9.f4 Qb6 10.c4 Bb4+ 11.Ke2 f5

Even though my repertoire analyses provide equality in all cases, these lines are often sharp and have to be studied attentively. Now, if we add up the numbers, we arrive at 570 games. If you look at the total of the 5459 games after 5.Nxc6 in the first diagram, you will see that the critical positions occur but in a small fraction of the entire sample! Sure, we have to acknowledge that this phenomenon also happens through black players deviating from the path of virtue, but in essence there is a large amount of white players who simply don’t put you to the test even after the ambitious move 6.Nxc6.

The bottom line is that there are not many Sicilians around which offer a likewise attractive flexibility profile as the Four Knights. If we compare the Four Knights with non-Sicilian openings, the contrast is even stronger, as there is a huge black cloud of negative flexibility hovering above the white players as early as move 2, when they have the enticing but inferior choice to deviate from the “menacing” (because complex) main lines of the Open Sicilians in favor of one of the many miserable sidelines.