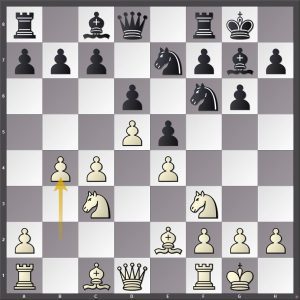 7…Nc6 is the mainline of the Classical Variation and the only ambitious move available to Black.

9.b4! defines the Bayonet Attack, which is casting a negative light on 7…Nc6. 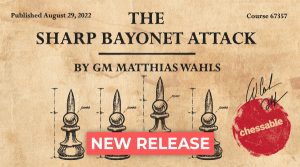 You can also read part 1 and part 2 of the introduction published some time ago in my blog.

Maybe you want to check some reviews.

With that information at hand you now have good reasons to buy the basic course, the videos or both.

In order to provide you with a comprehensive repertoire against the King’s Indian Defense, I will publish a follow-up course on Black’s sidelines, presumably in October.